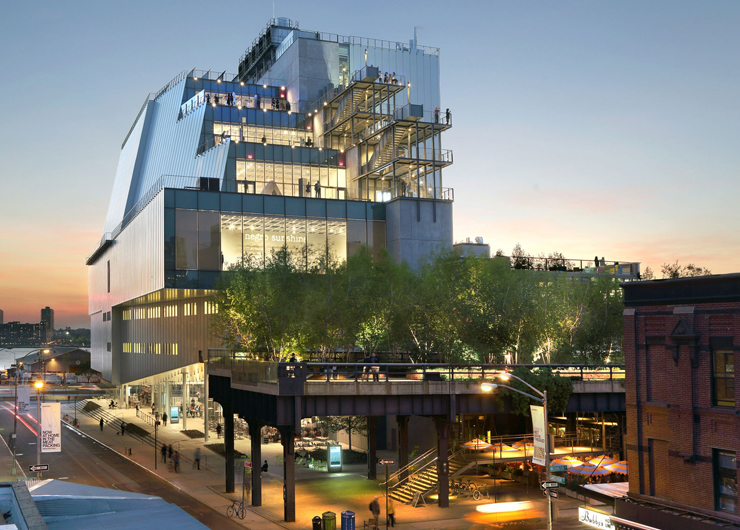 Don’t miss the exhibition that “seeks to turns art history on its head.”

4:15 PM
Details about the gathering spot will be emailed to registered guests before the tour.

Based in New York City, Linda Sweet has represented art museums, historical organizations, science centers, children’s museums, botanical gardens, art schools and other cultural institutions since joining Management Consultants for the Arts, Inc., as a partner in 1984. She specializes in executive search for top management and professional personnel, strategic planning, board development and organizational analysis. In consultation with boards and staff of several hundred institutions, she has helped to clarify mission, examine structure, establish long-range objectives and identify key leadership.

She began her museum career as an educator at the Brooklyn Museum and was Dean of the Department of Public Education at the Museum of Fine Arts, Boston. She has taught art history and museum education at the Fashion Institute of Technology, Bank Street College and Leslie College and, in 1974, was awarded a grant from the New York State Council on the Arts to study museums in Europe.

Ms. Sweet is a graduate of Barnard College, where she majored in art history. She received a master’s degree from New York University and a certificate from the Columbia University Graduate School of Business Administration’s Institute for Not-for-Profit Management.

An active member of the American Association of Museums (now the American Alliance of Museums), Ms. Sweet was a founder of the Education Committee and its Vice Chairperson from 1978 to 1980. In 1976 she was elected to the Council of the Alliance and for eight years served on the Membership Committee.

Ms. Sweet is a Past President of ArtTable, a national membership organization of women in the visual arts, and a former member of the Collections Committee of the Grey Art Gallery of New York University. She was a trustee of Barnard College from 2015 to 2019 where she was Co-chair of the Committee on Academic Affairs and served on the Governance Committee. She is currently a member of the Council on Diversity, Inclusion and Equity and the Annual Fund Committee. She was a member of the board of the Greater Hudson Heritage Network and chair of its Governance Committee and is currently a member of the Advisory Board of the Samuel Dorsky Museum of Art at the State University of New York New Paltz.

Since 2015, Ms. Sweet has been a docent at the Whitney Museum of American Art and at the Rubin Museum of Art which specializes in the art and cultures of the Himalayas.

Mexico underwent a radical cultural transformation at the end of its Revolution in 1920. A new relationship between art and the public was established, giving rise to art that spoke directly to the people about social justice and national life. The model galvanized artists in the United States who were seeking to break free of European aesthetic domination to create publicly significant and accessible native art. Numerous American artists traveled to Mexico, and the leading Mexican muralists—José Clemente Orozco, Diego Rivera, and David Alfaro Siqueiros—spent extended periods of time in the United States, executing murals, paintings, and prints; exhibiting their work; and interacting with local artists. With approximately 200 works by sixty Mexican and American artists, this exhibition reorients art history by revealing the profound impact the Mexican muralists had on their counterparts in the United States during this period and the ways in which their example inspired American artists both to create epic narratives about American history and everyday life and to use their art to protest economic, social, and racial injustices.