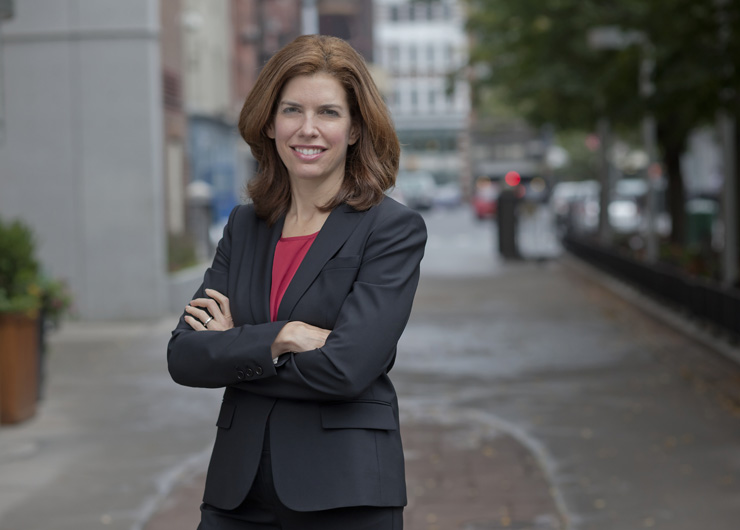 Join us for a conversation with Julie Menin ’89CC, Columbia University Trustee. As an attorney and civic leader with over two decades of experience in the legal, regulatory, and public sectors, Julie Menin currently serves as Census Director for New York City and Executive Assistant Corporation Counsel for Strategic Advocacy.

Julie will talk about the important work of the NYC Census 2020 team, what’s at stake and how to get involved to support the effort.

As an attorney and civic leader with over two decades of experience in the legal, regulatory, and public sectors, Julie Menin currently serves as the Director of NYC Census 2020, as well as Executive Assistant Corporation Counsel at the NYC Law Department. She previously served as Commissioner of the Department of Consumer Affairs where she increased consumer restitution by 70 percent, implemented the Paid Sick Leave law and launched ground breaking investigations into for profit colleges, debt collectors, predatory loans and other industries preying on New Yorkers. She also served as Commissioner of Media and Entertainment where she implemented dozens of initiatives to increase gender equity.

Menin taught as an Adjunct Professor of Law and Public Policy at Columbia University, where she also serves on the Board of Trustees. She also served as the seven-year Chair of Manhattan Community Board 1 and is widely credited with helping to lead Lower Manhattan’s resurgence after 9/11. She previously was a regulatory and litigation attorney at one of the nation’s large law firms and at a Fortune 500 Company.

Once every ten years, the United States Census Bureau takes a count of every person in the United States. The taking of the census is mandated by the United States Constitution and has occurred every 10 years since 1790. But the census is so much more than just a count. Census information is used to determine New York City’s fair share of $650 billion in federal funds for public education, public housing, infrastructure, and more — as well as the number of seats we have in Congress.

Because so much is at stake, it’s critical that New Yorkers stand up and be counted in the 2020 Census. In the 2010 Census, the city’s self-response rate was less than 62%, compared to the national average of 76%. We need every New Yorker to get involved to ensure that their community is counted next year.

NYC Census 2020 is a first-of-its-kind organizing initiative established by Mayor de Blasio in January 2019 to ensure a complete and accurate count of all New Yorkers in the 2020 Census. NYC Census 2020’s program is built on four pillars:

• The New York City Complete Count Fund.
• An in-house “Get Out the Count” field campaign.
• Innovative, multi-lingual, tailored messaging and marketing.
• An in-depth and multi-layered City agency engagement strategy that ensures that all City agencies and institutions, including their clients or constituents, employees, and infrastructure, are utilized to promote census participation.