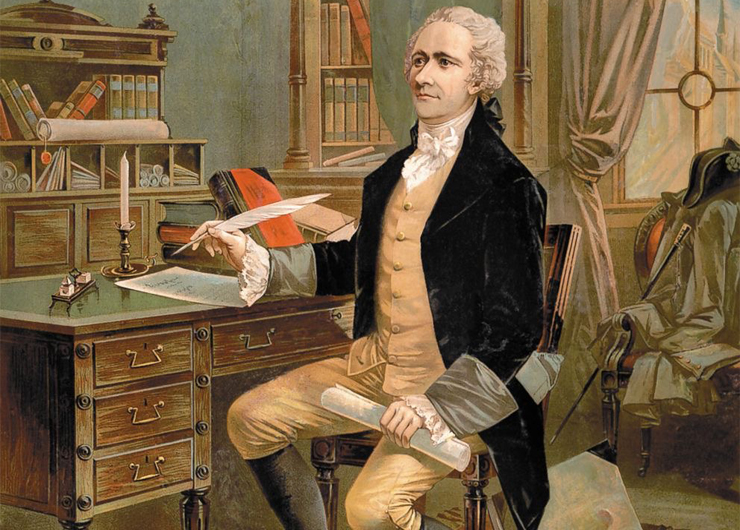 Experience the life and legacy of Columbia’s Alexander Hamilton; one of the most intriguing and accomplished figures in American History. Hear the inspiring story of how an orphan from an obscure island became a hero for the cause of independence and caught the attention of General George Washington. Hamilton’s spirited genius helped form the nation on many different levels.

Experience the stories of his relationships with other founding fathers such as Jefferson, Madison, Washington Adams and Burr. Discover the places where it all happened including Fraunces Tavern, Federal Hall, St. Paul’s Church and the final resting place of Alexander Hamilton.

Kevin Draper is the co-founder of New York Historical Tours. An impassioned New Yorker, Kevin brings to life the stories and history that have made New York the most exciting and dynamic city in the world. This includes looking at New York not just as the w, dynamic city that never sleeps but the diverse and exciting collection of neighborhoods that never sleep. His knowledge, professionalism, and storytelling ability have earned him rave reviews. Kevin has led historical talks and lectures for top universities and Fortune 500 companies and has been a consultant to a variety of publications including CBS, ABC, Bloomberg, The New York Times and the Wall Street Journal.