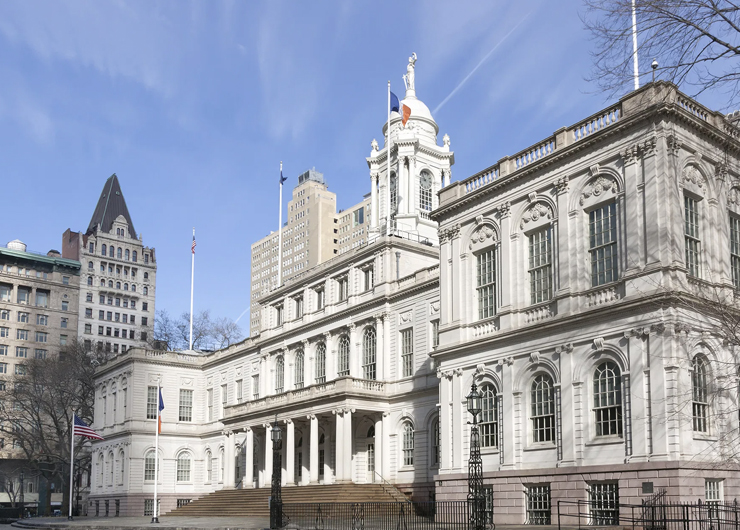 Decision 2021: The Most Important Mayoral Race in New York History

The Issues, Candidates and the New Way to Vote.

This year’s mayoral election is the most important in New York City history. As the city comes back from Covid-19 and handle an economic recovery unprecedented in decades, voters will go to the polls in the June primary to start the process to replace term-limited Mayor deBlasio. Voters will be also asked to pick a public advocate, city comptroller, five borough presidents, all 51 members of the City Council and a new Manhattan district attorney this year.

This year’s election will also be the first mayoral race in city history to be conducted with ranked choice voting. This new process eliminates the previous runoff election process and allows voters to “rank” several candidates on this ballot. Popular In several other states, ranked choice voting has only been used a handful of times in New York City – earlier this year in special elections for City Council seats in the Bronx and Queens.

This panel will bring together a panel of experts to discuss and explain what ranked choice is and analyze the candidates and state of the race.

A representative of the National Conference of State Legislatures will join us to speak about ranked choice voting, the mechanics of it, the impact and the history. NCSL is a nonpartisan group representing state legislators and legislative staff from around the country. Panelist to be named.

Mr. Gewolb is a former director of government programs and lecturer-in-law at Columbia Law School and a former adjunct professor at Fordham Law School. He has served as chief of staff to the minority leader of the Georgia Senate and as executive director of Residents for a More Beautiful Port Washington. He received his bachelor’s degree from Cornell University, his law degree from Emory University and a master’s degree in Higher and Postsecondary Education from Teacher’s College, Columbia University.

Lisa Hernandez Gioia has over two decades of experience in politics, communications and fundraising. Presently a senior vice president with Ichor Strategies, she was previously external affairs director for the Related Companies, where she worked closely with the company’s CEO to launch Hudson Yards, the largest private development in American history.

Ms. Hernandez Gioia was deputy national finance director for Hillary Rodham Clinton’s 2016 presidential campaign, where she managed finance activities for Secretary Clinton in the New York City metro region. Prior to Secretary Clinton’s campaign, Ms. Hernandez Gioia created and ran The Esler Group, a New York City political consulting firm, where she worked with citywide and statewide candidates, including former City Council Speaker Gifford Miller’s 2005 mayoral race. She also worked with nonprofit groups, including the Clinton Global Initiative. A Seattle native, Ms. Hernandez Gioia holds a bachelor’s degree from the University of Washington and lives in Sunnyside, Queens, with her husband, Eric, and their four children.

CUCNY Governor John R.D. Celock JRN’04 will moderate this panel. The president of Celock Media Group, a communications consulting firm, Mr. Celock is an award-winning journalist who has covered politics at the local, state and national levels. Mr. Celock is the former state politics reporter for The Huffington Post and his work has been cited in impacting state legislation in multiple states. He is the author of The Next Generation: Young Elected Officials and their Impact on American Politics (Continuum International Publishing 2010). He has extensively covered politics and real estate development across New York City and New York State. He holds as a bachelor’s degree in Political Science from Niagara University and a master’s degree from the Columbia University Graduate School of Journalism.