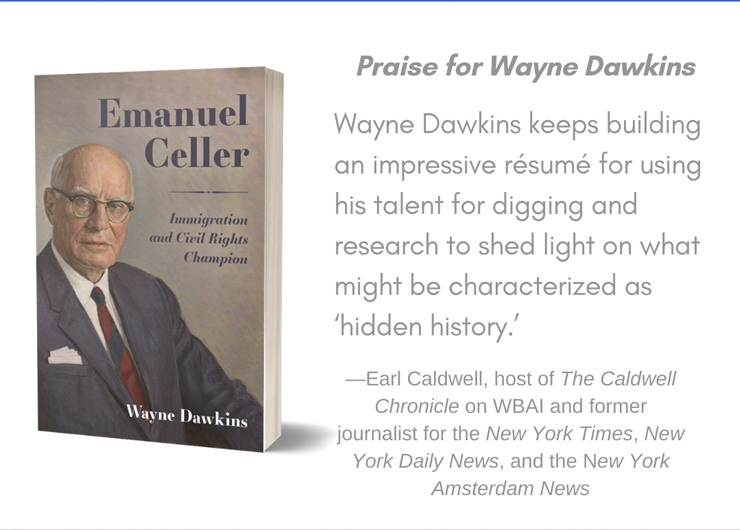 Join us for a conversation with author Wayne Dawkins about his new book, Emanuel Celler: Immigration and Civil Rights Champion.

Congressman Emanuel Celler, graduate of Columbia University and Columbia Law School, is a significant player of the 1945-1975 American century. Celler represented Brooklyn in Congress for a half century, becoming one of the most pivotal lawmakers on areas from civil rights, voting rights, immigration and the Constitution.

Longtime chairman of the House Judiciary Committee, Celler is co-author of three Constitutional Amendments, including the 25th Amendment regarding presidential succession.

Celler [1888-1981] has been a frequent supporting character in the American drama, but now as subject of a new biography, he takes a bow as lead actor.

Wayne Dawkins, 1980 graduate of Columbia J-school, is a professor of professional practice at Morgan State University in Baltimore.

He spent a 25-year career at four daily newspapers and two news services. Dawkins is author of “Emanuel Celler: Immigration and Civil Rights Champion,” and “City Son: Andrew W. Cooper’s Impact on Modern-Day Brooklyn.” In addition Dawkins published the two histories of the National Association of Black Journalists. He is a recipient of three Columbia University Awards.