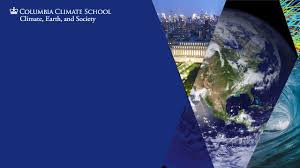 Dr. Melissa C. Lott is the Director of Research and a Senior Research Scholar at Columbia University’s SIPA Center on Global Energy Policy, where she co-leads the Center’s Power Sector Research Initiative and hosts The Big Switch podcast. Dr. Lott also serves on the United Nations Council of Engineers for the Energy Transition (CEET), an independent advisory council to the UN Secretary-General.

Dr. Lott has worked as an engineer and researcher for nearly 20 years in the USA, Europe, and Asia. She specializes in technology and policy research, working to increase our understanding of the impacts of our energy systems on air pollution and public health. She directly applies this understanding to help decision-makers mobilize solutions to support the low-carbon transition. Internationally recognized for her work on electricity and transportation, Dr. Lott has been featured as a Solar 100 Thought Leader, an IEEE Women in Power, and a Forbes 30 under 30 in Energy and has been featured in media outlets including PBS, National Public Radio, the BBC World Service, The Guardian, Good Morning America, Bloomberg, the Wall Street Journal, and the New York Times. She has authored hundreds of scientific articles, columns, op-eds, and reports on the energy sector and energy technology transition. Prior to joining CGEP, Dr. Lott held roles at the Asia Pacific Energy Research Centre, International Energy Agency, and U.S. Department of Energy. Throughout, she has worked as an engineer at YarCom Inc. Dr. Lott holds degrees from UC Davis, UT Austin, and University College London.

Dan Steingart is the co-director of the Columbia Electrochemical Energy Center. His group studies the systematic behaviors of material deposition, conversion, and dissolution in electrochemical reactors, focusing on energy storage devices. His current research exploits traditional failure mechanisms and negative interactions in batteries, turning unwanted behaviors into benefits. Over the last decade, his efforts in this area have been adopted by various industries. They have led directly or indirectly to six electrochemical energy-related startup companies, the latest being Innate Energy, a grid-scale storage product that “lives forever by dying every day.” He also sits on the board of FREYR Battery and is an advisor to Electra inc.

Alan C. West creates, analyzes, and develops electrochemical technologies used for materials, sensors, energy storage and conversion, and the sustainable production of chemicals. He has worked on the design of novel electrodes for next-generation batteries and has collaborated extensively with industry on electrochemical metallization methods used in semiconductor manufacturing.

West has developed novel methods that couple electrochemical and biological technologies that may potentially be used to produce fuels from renewable electricity, to convert inorganic waste streams to fuels, and to enable alternative processes for use in copper mining. Of particular interest to West are the experimental and numerical methods used to characterize transport phenomena and reaction mechanisms in electrochemical systems. He has simulated and analyzed a variety of metallization and dissolution processes, including studies by which the design of the electrolyte composition controls film growth and nucleation, and thus properties in geometries of relevance to the manufacturing of electronic devices.  He has developed models of battery electrodes that capture experimental observations ranging from the atomistic scale to the mesoscale to the full scale of the electrode. Due to the multi-scale, complex nature of batteries, West works closely with a range of scientists and engineers, including chemists, material scientists, physicists, and mechanical and electrical engineering.

Alex N. Halliday, is the Founding Dean of the Columbia Climate School and Director of Columbia University’s Earth Institute. He joined the Earth Institute in April 2018, after spending more than a decade at the University of Oxford, during which time he was Dean of Science and Engineering. With about 400 published research papers, Halliday has been a pioneer in developing mass spectrometry to measure small isotopic variations, helping to shed light on the birth and early development of our solar system, the interior workings of the Earth, and the processes that affect Earth’s surface environment.

The climate crisis is a challenge like no other. Tackling it requires innovative, coordinated, and transdisciplinary approaches from a top university, like Columbia. The Climate School will marshal the University’s strengths in basic disciplines and expand its resources to understand climate and its impact on society.