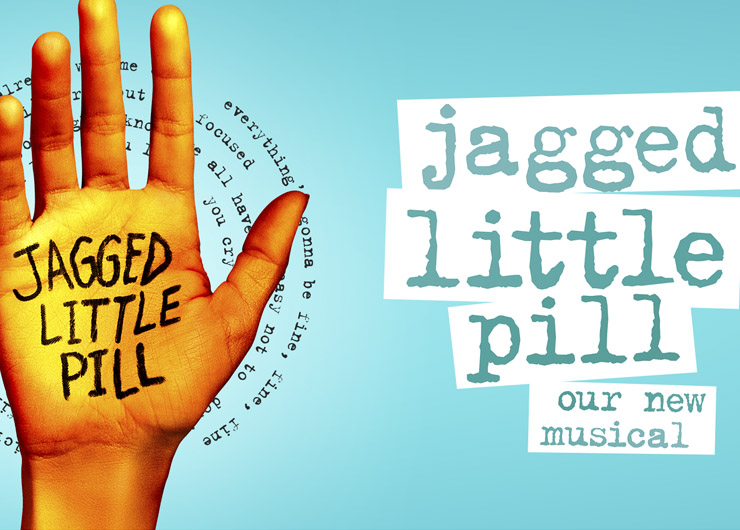 Jagged Little Pill is a new musical inspired by the groundbreaking Grammy-winning album of the same title by Alanis Morissette. The musical channels Morissette’s powerful lyrics while telling a completely original story, centering on the Healy family, who appear picture-perfect—but, of course, looks are deceiving.

Join fellow Columbians after the show for a special talkback with Tony Award winner Diane Paulus ’97SOA, director of the show and Tony and Pulitzer Prize winner Tom Kitt ’96CC, who is the show’s music supervisor.

Please note there is a (2) two ticket max per alumnus/a and (1) one ticket per student. Tickets are available on a first-come, first-served basis. A confirmation email with ticket pick-up details will be sent a few days before the event.

The show begins promptly at 8 p.m. with running time of 2 hours and 40 minutes, including a 15 minute intermission. The show is recommended for ages 14 and up: children under 4 are not permitted in the theater.

Jagged Little Pill, Alanis Morissette’s seminal 1995 album, unleashed a young woman’s anger, intensity and vulnerability into a world of pop fans who were clearly craving its confessional lyrics and catchy melodies. The new musical of the same name, was inspired by the themes and raw emotions laid bare in the album. Jagged Little Pill is an original story that takes place in present-day suburban Connecticut about the The Healys, who appear to be a picture-perfect family — but looks can be deceiving. When the cracks beneath the surface begin to show, they must choose between maintaining the status quo or facing harsh truths about themselves, their community, and the world around them.

Learn more about the show here.