Back to October Events 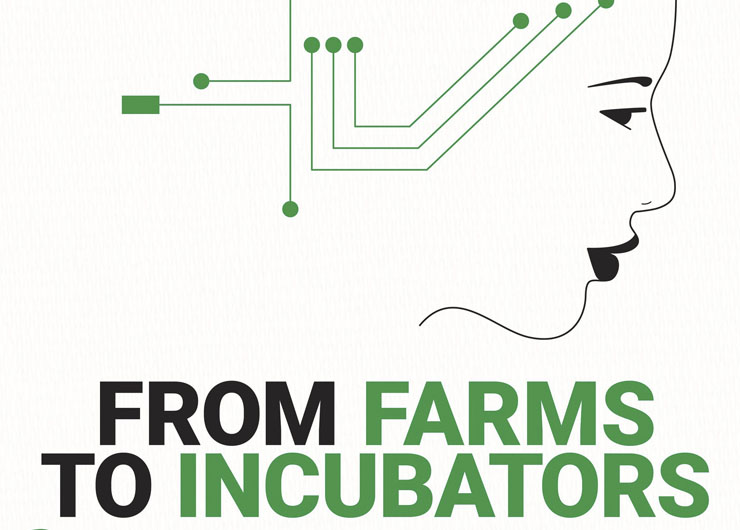 Film Screening: From Farms to Incubators: Telling the Stories of Women Entrepreneurs in Agtech

Join us for a documentary film screening and discussion with Amy Wu ’04JRN, founder of From Farms to Incubators and Tinia Pina ’12 Earth Institute, CEO of Re-Nuble .

From Farms to Incubators is a multimedia journalism project telling the stories of minority women entrepreneurs who are playing a significant role in the fast-growing industry of AgTech in California’s Salinas Valley. About 80% of the nation’s fresh greens, including lettuce, is produced in Salinas Valley, where agriculture is a $9 billion industry. The project has produced the award-winning documentary film short FROM FARMS TO INCUBATORS: TELLING THE STORIES OF WOMEN ENTREPRENEURS IN AGTECH and news stories that have received national coverage. It has been awarded grants from the International Center for Journalists and International Women’s Media Foundation.

THIS JUST IN: 15 Inspiring Women Leading in the AgTech Sector

Tinia Pina ’12 Earth Institue is the Chief Executive Officer and Founder of Re-Nuble, Inc., a waste-to-resource company headquartered in Brooklyn, New York. A strong advocate for sustainable waste management, regenerative agriculture, and urban resilience, she has been involved in management and business development roles within the sustainability industry for six years. Her professional interests focus on using unique and distributed technologies to extract the optimal value from organic waste streams for upcycling into value added products.
Amy Wu ’04JRN is the Founder and Chief Content Director of Farms to Incubators. She is a veteran journalist with significant international reporting and teaching experience, having worked at the Poughkeepsie Journal, the Rochester Democrat & Chronicle, the USA Today Network and Time magazine. She has written for The New York Times, HuffPost and the Wall Street Journal. Wu spent six years working in Hong Kong, widely reporting within the Asia-Pacific region including Shanghai and Singapore. She earned her master’s degree in journalism from Columbia University, and speaks fluent Mandarin Chinese.

This event is held in partnership with the Columbia Alumni Association’s (CAA) She Opened the Door initiative, which began with a historic conference in New York City in 2018 and aims to enlighten, educate, elevate, and to empower Columbia women across the University.