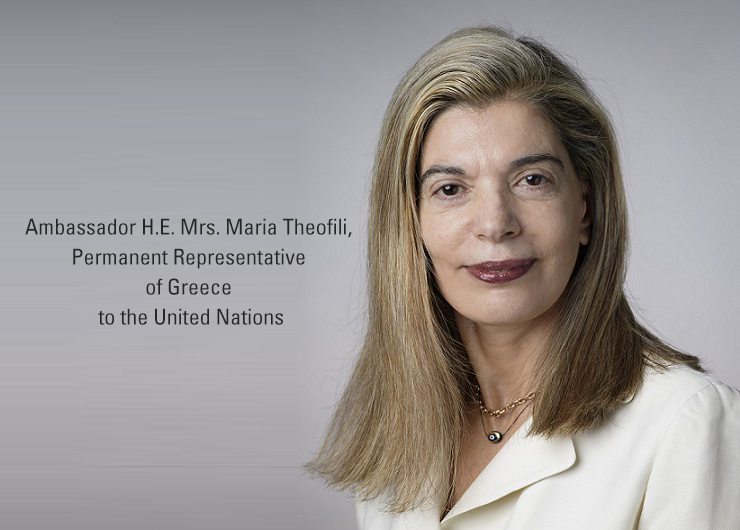 Apologies. This event is sold out.

Cost: Free for members, $15 for guests

Prior to this appointment, Ms. Theofili was her country’s Ambassador to France and Monaco from 2015 to 2017. During that time, she also served as the Prime Minister’s Personal Representative to the Permanent Council of the International Organization of La Francophonie.

From 2013 to 2015, she was Director-General for Personnel, Administrative Organisation and Financial Administration within the Ministry of Foreign Affairs as well as Head of the Directorate for the United Nations and International Organizations and Conferences. In 2009, she was a Director in the Cabinet of the Deputy Prime Minister and Finance Minister, the Diplomatic Office of the Deputy Foreign Minister and the Directorate for Russia and the Caucasus.

Ms. Theofili’s government service also includes Diplomatic Counsellor to the Minister for Culture in 2000 and Deputy Head of the Foreign Minister’s Diplomatic Cabinet in 1997. Her foreign service includes diplomatic postings to Greece (1995) and the United Kingdom (1989).

She holds a diploma from the School of Law at the University of Athens, and an Advanced Studies Diploma in European Political and Administrative Studies from the College of Europe in Bruges, Belgium.

Ms. Theofili is married and has a son.