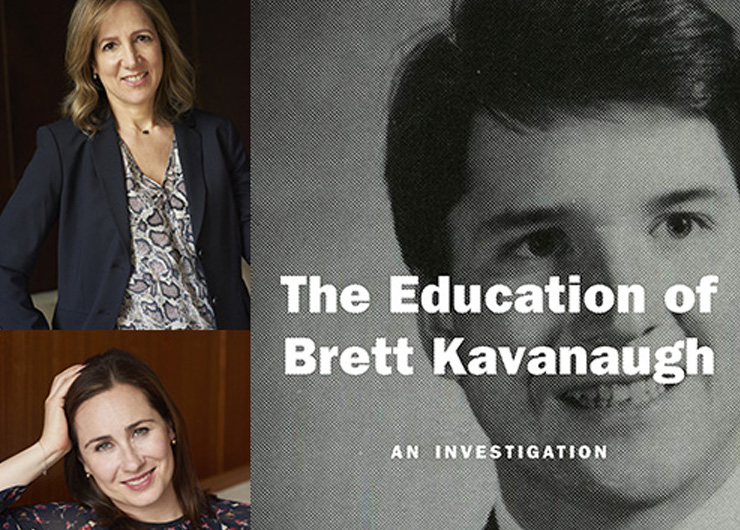 The Education of Brett Kavanaugh: An Investigation with Author Robin Pogrebin

The Education of Brett Kavanaugh: An Education paints a picture of the prep-school and Ivy-League worlds that formed our newest Supreme Court Justice. By offering commentary from key players from his confirmation process who haven’t yet spoken publicly and pursuing lines of inquiry that were left hanging, it will be essential reading for anyone who wants to understand our political system and Kavanaugh’s unexpectedly emblematic role in it.

Robin Pogrebin is a reporter on the New York Times’ Culture Desk, where she covers the art world and cultural institutions–exploring the internal politics, finances and governance of museums, auction houses, galleries and performing arts organizations. She has covered the media for the Business Desk and city news for the Metro Desk. Prior to The Times, she was a reporter at The New York Observerand an Associate Producer at ABC News for Peter Jennings’ documentary unit. She attended Riverdale Country School in New York and graduated from Yale College in 1987.